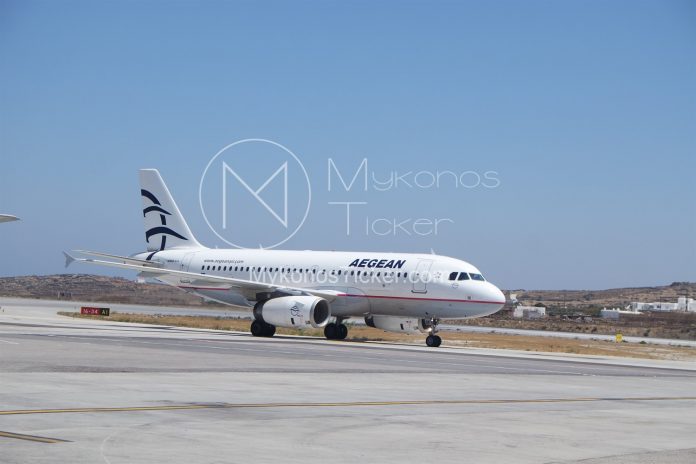 The Greek regional airports managed by the German Group gave a particular impetus to the strengthening of Fraport’s revenues,

Greek regional airports managed by the German Group gave a particular impetus to the strengthening of Fraport‘s revenues, as the recovery in passenger traffic reached and exceeded οn some islands the levels of 2019, which was a record year.

Specifically, during the first half of the year Fraport showed an increased turnover (+66.3%), to 1.34 billion euros compared to 2021, while of this amount 139.2 million euros correspond to the revenues of Fraport Greece which more than tripled compared to the corresponding period of 2021.

As the company points out, some of the Greek airports – including Rhodes, Santorini and Corfu – even surpassed their pre-crisis 2019 passenger levels.

Fraport CEO , Dr. Stefan Schulte noted a strong upsurge in passenger traffic since March, improving underlying operating financials – even when adjusted for last year’s positive one-off effects, such as the compensation the firm received for maintaining airport operations during the lockdown. The CEO noted that the divestment from Xi’an in China also supported this favorable development.

“The strong and dynamic recovery in passenger traffic poses some significant operational challenges for us. Unfortunately, this also leads to delays”, said the CEO of the Group referring to the current situation in Frankfurt.

The Group’s revenues increased by 67.7% to 1.211 billion euros, compared to the corresponding period of 2021. At the same time, EBITDA (Earnings Before Interest, Taxes, Depreciation, and Amortization) increased by 21.8% on an annual basis to 408 .3 million euros. Finally, the Group presented operating Profits (EBIT) of 181.9 million euros (from 116.1 million euros in the first half of 2021).

The resurgence of tourism marks the total recovery of...
Read more
All News

Tourist Season 2022: More than a million tourists expected to arrive in Greece in first week of Aug