The Cyclades: Islands of Sea and Sunlight 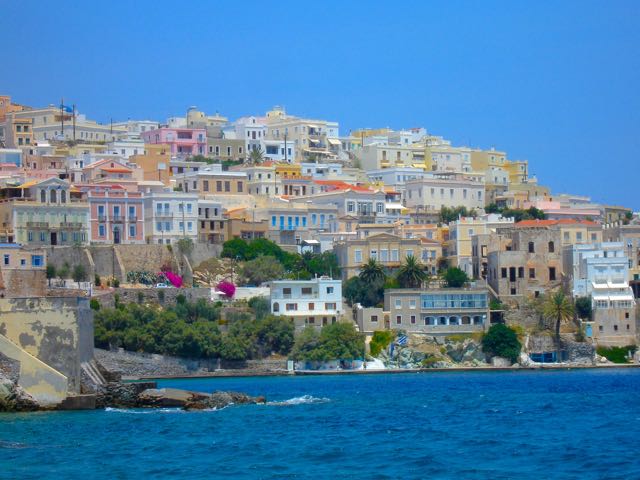 The Cyclades are islands of sea breezes and sunlight and here were nurtured some of Western civilization’s earliest maritime trade routes and artistic expression, meaning that history is everywhere. Just 2.5 nautical miles from famous Mykonos is tiny Delos, ancient center of the Athenian-led Delian League and where you’ll find some of the most remarkable ruins of the Mediterranean. In Greek mythology, Delos was where Zeus’s lover Leto gave birth to Artemis, goddess of hunting, and Apollo, god of music and light, and the island’s numerous sanctuaries speak to a spiritual energy stretching back to 1000 B.C.

Another island that invites superlatives is the considerably larger Tinos, with its bucolic landscapes and robust local culinary traditions, including well-established vineyards, making it a rising “foodie” star of the Aegean. For centuries under Venetian rule, Tinos is renowned for its white marble church of the Panagia and its icon of the Virgin, focal point of a major Greek Orthodox procession every August 15. Its trademark white dovecotes beckon too, along with myriad peaceful coves and the fantastical boulders at Volax. Another must is neighboring Syros, whose cosmopolitan main town, Ermoupoli, is the capital of the Cycladic islands. Its origin is intimately linked with the Greek War of Independence and in the 19th century this port was even busier than Piraeus. Highlights include the Italianate architecture and 19th-century Apollon Theater, the 13th-century Catholic cathedral of St. George in Ano Syros and an original icon painted by El Greco inside the Church of the Dormition.

The Greek regional airports managed by the German Group...
Read more
Previous articleA complete list of paid jobs you can do while travelling this summer
Next articleDodecanese: Convergence of Beauty and Faith
MykonosTravel