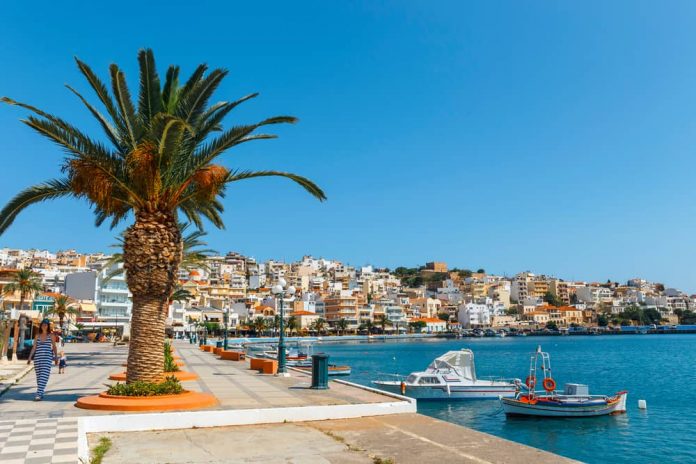 With an array of historic cities and dazzling shorelines plus a gastronomic heritage second to none, Crete is a journey for all the senses. Many come to the island—the fifth largest island in the Mediterranean—to enjoy its wild natural beauty like Samaria Gorge and the beaches that tickle its long north and south coasts like so many ribbons of paradise, but this is also the starting point of civilization in Europe. In the Bronze Age, from about 3000 B.C. to 1200 B.C., the Minoans flourished on the island. Major Minoan palace ruins center on Knossos, mythical lair of the Minotaur just outside the present day Cretan capital of Heraklion, while mighty Phaistos to the south exerts a strong pull on the imagination. Zakros, on the island’s eastern edge and well-positioned for trade with Egypt and the Near East in ancient times, was another Minoan power center whose ruins you can inspect today. In fact, you can find ancient Minoan settlements, cave sanctuaries and mountain shrines all over Crete.

Magnificent scenery but rich literary heritage, too: Crete is also the island of Kornaros, of El Greco and Kazantzakis, author of Zorba the Greek. The cities of Chania, Rethymno and Heraklion all face the Sea of Crete and flourished under four centuries of Venetian rule, but beyond an impressive Venetian architectural legacy you will find them pulsating with a young urban vitality all year long. In Crete sublime settings and centuries of cultural exchanges have created a canvas of contemporary living that leaves no one indifferent—indeed, a journey anywhere in the Greek archipelago will quite likely leave you dreaming of the next one.

The Greek regional airports managed by the German Group...
Read more
Previous articleDodecanese: Convergence of Beauty and Faith
Next articleLa Repubblica – Holidays in Greece: Ideal destinations in August – Astypalea at the top of Greek destinations
MykonosTravel